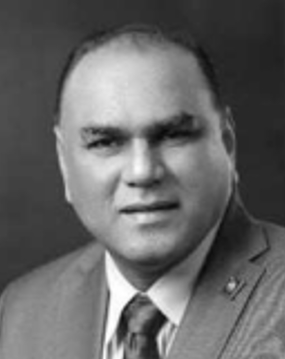 Mohan joined the Rotary Club of Pandan Valley on 24th July 2009. He found Rotary to be the right platform to serve and he took on active leadership roles both in the club and district very quickly. Immediately after joining the club, Mohan was enrolled in the New Generation Service Committee. Since 2010 until now, he has served every year as a board member. He was Community Service Director, Club Service Director and Secretary. Selected as Club President nominee in 2011, he became the Club President in 2013. For 3 years thereafter, he was Rotary Foundation Director and in R/Y 2018-19, he is the Executive Secretary of his club.

Mohan is not only active in his club, but also in the District. He has served as District Chair for Membership Development, Vocational Service, Rotary Global Rewards and Community Service. He also served as Assistant Governor. He facilitated at several PETS, DISTAS, DTTS and Rotary Leadership Institutes. Besides regularly attending DISTAS and District Conferences, he also attended three Rotary Institutes and four Rotary International Conventions. Having served as District Officer under the leadership of six recent District Governors, he was awarded several District Awards such as First-Class Club President, Outstanding Assistant Governor, District Vocational Service Leadership Award and World Class Outstanding District Committee Chair.

In 2017, at the Joint Bangkok District Conference awards ceremony, he received Rotary International’s Vocational Service Leadership Award personally from then RI President John Germ. Mohan is a Benefactor, Major Donor (Level 4), and a Paul Harris Society member. On 12 October 2017, Mohan was declared District Governor Nominee – Designate for R/Y 2020-21. When he takes office as District Governor on 1 July 2020, he will be 63 years old and a Rotarian for 11 years.

Mohan is a qualified Hydrographer. In August 1979, he joined Geometra International Pte Ltd as a Land and Hydrographic Surveyor. The company, which is incorporated in Singapore, carries out surveys all round the world. He climbed up the ranks to Operations Manager, and in 1992 he became Company Director. When the founder of the company retired in 1994, Mohan bought over all the shares and expanded the company in the region. It has now offices in Malaysia, Indonesia, Myanmar, Philippines and India. He is currently the Chairman and Managing Director of the Geometra Group of companies. By chance, in January 1999, Mohan became the minority shareholder in a moving and relocation company, Geometra Worldwide Movers Pte Ltd. In 2001, he bought over all shares of the company from the existing two partners and he is now the sole owner. The company provides moving and relocation services locally and globally. Through its Corporate Social Responsibility programme, the company has actively supported many needy elementary village schools in the Philippines and has provided logistics support during disasters in the Philippines and Malaysia and will continue to do so when called for in future.

Mohan has three daughters, Reena, Shona and Trishna. Whenever he has time, he loves reading, and he researches on Rotary International and District 3310 Berhad governance documents and explores Rotary International’s website, including attending RI’s webinars and browsing the Internet pages for Rotary Knowledge.