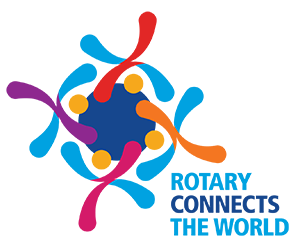 Clean drinking water and sanitation work hand in hand. If you have a possible project and would like to share, let's hear what you have in mind. 💕

PEARLS ON THE GO!!

For a bit of background about the trip, it was to inspect the projects that had been carried out under funding from Rotary International Global Grant and has been completed or still ongoing since the projects' inception dates

(1) The first Global Grant or GG approved for District 3310 was for an ethnic minority community at A Luoi Hue in Vietnam in 2016 for a Water and Sanitation project, and was hosted by RC Singapore with District 6600 Tulsa Oklahoma USA playing an International role, and which was represented by the then DG Do Ngu Yen who is of Vietnamese heritage.

#Pearl #trivia...For those who don't know, A Luoi was the sight of intense conflict during the Vietnam war, a war that spanned from November 1955 till April 1975, and was also one of the areas bombarded with "Agent Orange", a very toxic herbicide and defoliant chemical that was widely used by the US military during that war from 1962 till 1975, and until today byproducts of this highly toxic substance is still widespread in Vietnam's soil and water, and affects food supplies. Exposure to this deadly chemical can cause liver problems, and severe acne-like skin disease called "chloracne", and lately has been linked to a "presumptive list" of diseases including cancer....#endoftrivia*

Our brave and resilient Rotarians visited this place during this trip to inspect the Water and Sanitation project there which was really needed under GG fundings. This project must have been difficult to accomplish to say the least especially as the region's soils and waters are still contaminated with the effects of toxic chemical Agent Orange. Pearl was invited merely as observers as Pearl also has the same project in mind but on local premises here in Sabah.

(2) The 2nd GG funded project approved for District 3310 was for a classroom-based library for elementary schools in Cam Lo, Quang Tri province in central Vietnam, the main objective of which was to solve shortages of books and other reading materials as Cam Lo is one of the most disadvantaged districts in Quang Tri province in terms of poverty. The project is also with the view of promoting the school children's capacity to learn English using English language comic books and learning materials. The host for this project is RC Marina City with RC Canfield of District 6650 in an international role.

This project is so close to heart with Pearl as Pearl's signature Project REAL which was initiated by Pearl PP Datuk Noni Said (term 2016-17), and which has won acclaim in District 3310, is also about promoting the standard of English language verbal and reading capacity among rural schools here in Sabah

(3) The 3rd GG funded project approved for District 3310 was for a chicken rearing program for economic livelihood/development in Vin Thai commune near Hue, the capital city of Thua Thien Hue province in central Vietnam. The project is necessary to address Vin Thai community's needs to produce a sustainable measurable outcome, and to provide economic independence to the poor and/or disabled members of this community together with their families. An eye-opener project for Pearl.

Though this write up can't do enough justice to this amazing international Rotarian humanitarian trip involving Pearl (I will end up writing a book of the trip if that was the case😉), but the "adventures" that our three brave Pearls went through to give a hand to the community in an international capacity is worth applauding as Pearl is only a 5 year old Rotary Club who is made up totally of women from various levels of Sabahan society, and such an arduous trip as this requires a lot of mental and physical stamina. The knowledge learned in the process of this community service trip is also valuable that can be shared with fellow Pearls to perhaps prepare the rest of its members for such a service, should the opportunity arise ...

Both Rotary and Toastmasters have fairly similar overlapping core values. Here's the similarity. 💕

Great to be able to meet my District Governor-Elect Rajamohan Munisamy & his charming spouse Nica at the Rotary International Assembly.

Unfortunately I did not have him in any of my classes.

Youth Service launched their joint major project in collaboration with Interact Coordinating Committee (ICC) - Project Accendo. Accendo is a latin word for to illuminate, and the project hopes to illuminate and elevate the awareness of youth surrounding mental health, including understanding early detection and intervention.

Watch out for more details of the event and join us! ...

PAUL HARRIS FELLOWS (PHF)
This title is in recognition of contribution to the Rotary Foundation.
1. We have 7 members who were recognised as PHFs.
2. In addition, fresh contributions (min of USD1,000 per person) were received from 12 members who are already PHF. So a member with PHF + 2 meant that there was an additional contribution on top of the 2 previously given.
3. President Jimmy Cheong is now a Benefactor of the Endowment Fund of The Rotary Foundation of Rotary International.

We are grateful that District First Lady Betty Wong was with us to grace the occasion. ...